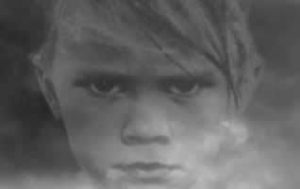 Logline: Inspired by the memoirs of Jillian Haslam, ‘Indian. English’, is a touching story about a white girl born into the slums of Calcutta.

Overview:  Indian.English. (I.E. working title) is based on, British woman Jillian Haslam’s haunting memoir of growing up in post-colonial India. Her harrowing, yet ultimately redemptive story of living in the dark squalid slums of Calcutta, abused and misunderstood by many, recalls the darkest moments of Angela’s Ashes and the inner turmoil of The Glass Castle. For every atrocity, however, there is a parallel kindness – a sacrifice, really – on the part of the other poorest of the poor, who helped her family to survive. The greater good they demonstrate means that one cannot overlook those small and seemingly insignificant acts of human kindness, such as a free jug of watered down milk for a dying baby.

Within these humble people thrives a grace beyond description, but Jillian and her family are also amongst their number. The Haslams suffered so much through the death of four children, abject starvation, trauma, abuse and humiliation, yet they also sought to give to others. Without pulling any punches, the story recounts how Jillian learned to look for the positives embedded in the numerous and wholly daunting challenges she encountered and how she has used the morality and forgiveness learnt from her upbringing to overcome extreme adversity.

This rich story of her young life vividly illustrates how and why Jillian Haslam, working today as motivational speaker, inspires everyone she meets. She is woman of deep compassion and, upon learning about her, people can only begin to think more like her. In 2014, Jillian agreed that a screenplay of the book could be written by British screenwriter Neil O’Neil and this was nominated for, and won, the Best Screenplay Angel Award in the epic / historical category, at the Monaco International Film Festival – a true testament to the power of the story, which greatly touched the judges.

Here are some reviews of the screenplay by film industry experts:

‘This script stands out with a lot of appeal…… plenty of drama, conflict, antagonist, obstacles, objective, and so on – great!’ Danny Stack, screenwriter for BBC

‘…this is clearly a fantastic script. The story is exceptionally interesting with a wonderful protagonist in Jillian.” Mark Rogers, script doctor at Raindance

‘There are some touching and affecting moments in the story – particularly during Jillian’s speech at the country club……. This is a powerful ending to the film.’ Phil Shelley, script consultant

‘…the writing is poetic and the scene descriptions are rich and vivid.’ The Blacklist Panel

‘…a brilliant story and one I hope to one day see in a cinema!’ The Script Vault .

We have an Emmy award winning producer on board -Cyrus Yaneh – Here is what he says:

Producer Cyrus Yavneh on “Why make this film?”

“When I was first introduced to Jillian Haslam’s story I had the same reaction as everyone else – I was immediately struck by its power and how many people it could touch. It’s such a moving, sweeping and dramatic story that can resonate with anyone and change so many by bringing Jillian’s messages into people’s hearts and minds. It is a truly inspirational story which carries many themes – forgiveness, overcoming problems and adversity, building mental resilience and resistance to hardships in life. It is also about showing the impact of abuse and discrimination, but doing so in a way so as to grow understanding of the horrors of these and to encourage much greater tolerance and commitment to the appreciation of the need for truly embracing diversity.

If asked why I want to produce and help make ‘Indian. English.’ into a major feature film, my answer would quite simply be ‘entertainment’. But how can a film about abject poverty and the abuse of children in one of the world’s worst slums be entertaining? The answer is that it will not be just any film, but a dramatic, poignant and soul wrenching one that will soar into hearts and minds. Horrifying it may well be, but will also be hugely uplifting. It will be about recognising that everyone can be part of ‘passing the kindness along’ and sear the universal life lesson of hope. Across international wide screens it will spread the message that charity and kindness come from a humble place and that the human spirit can overcome the worst of times. That to me is ‘entertaining’ and as the film concludes the audience will have felt an important and deeply moving inner experience that will stay with them; it will certainly be something they will tell their friends about.”