The Duke of Reichstadt – Feature 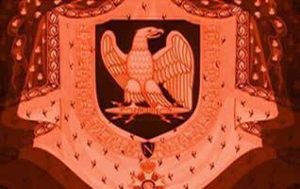 It is 1830, Napoleon Francois Charles Joseph Bonaparte – Napoleon’s son and heir, now commonly known as FRANZ – the Duke of Reichstadt – is living in Schönbrunn Palace, Vienna, as a guest of his grandfather, Emperor FRANCIS THE SECOND of Austria.

Franz is nineteen, tall, energetic, of ruddy complexion but perhaps without purpose as he has been excluded from public life and exiled from the country of his birth since he (aged only four) and his mother (MARIE-LOUISE once Empress of France but now Princess of Parma)fled in 1814 following Napoleon’s abdication.

Unbeknownst to him at first, young Franz’s life begins to be transformed however, when a French poet (AUGUSTE BARTHELEMY), fuelled by his own ambition, visits Vienna demanding to meet with Franz. Barthelemy approaches the Duke’s tutor, DIETRICHSTEIN, but is rebuffed several times. Unabated, Barthelemy discovers that Franz will be at the theatre the following night he attempts to speak to the Duke personally but is thwarted, dragged outside and beaten up by several Imperial Guards. Barthelemy returns to France and begins work on his poem about Franz called THE SON OF A MAN.

Several months later, the poem is published to great acclaim in France and a copy finds its way to Vienna where it lands in the hands of the Chancellor of Austria, METTERNICH. Whilst it is true that Metternich orchestrated the marriage between Napoleon and the Austrian Archduchess Marie-Louise so many years before, it was done solely for diplomatic reasons, to ensure the safety of Austria. Metternich always hated the Bonapartes with a passion and sees young Franz as a continual thorn in his side, one he can’t seem to remove.

Metternich is incensed that Barthelemy was allowed to get as close as he did to Franz and is concerned that the Duke could be kidnapped and returned to France and installed on the royal throne against his wishes.

Metternich’s long term pursuit of bringing down the heir of Napoleon intensifies and he initiates a plot against the poet who has annoyed him so.

With Metternich firmly pulling the strings from Austria, in Paris, Barthelemy is arrested and brought before a Tribunal. Despite a rousing argument and speech in his defence, and to the anger of the people, he is declared guilty and thrown into jail. But even though the poet has been silenced, people in France, who perhaps were previously unaware of the little Napoleon’s existence, start to ask questions and because they think the current king, Charles X, ineffective, they cause unrest throughout the country and Franz’s rescue from Austria is called for.

Despite Metternich banning Barthelemy’s poem within the Austrian Empire, Franz is given a copy by a friend of the Archduchess SOPHIE and slowly, painfully, his eyes start to open. Whilst hurt by Barthelemy’s opinion of him, it awakens something deep within – he realises there is more to him than he is currently being allowed to be. He needs a friend. He needs someone to guide him. At a reception, Franz meets MAJOR ANTON PROKESCH who recognises something of his father in him and becomes the mentor the Duke so dearly desires.

Under Prokesch’s tutelage, Franz blossoms. He studies. He learns. He leads. The change in Franz is noticed within the walls of Schönbrunn –

particularly by the Chancellor who realises his plan must be expedited or he could lose everything. How does he do this? By giving Franz hope.

Various thrones are offered to the Duke but Franz refuses them because he believes, due to the instability in France (first by Charles’s abdication, the question of succession and then the hatred within the country for the new king, Louis-Philippe) that, as is his birth-right, he will soon sit on his father’s throne.

Sadly, however, as Franz’s mind strengthens, his body weakens and he falls seriously ill. He rallies briefly and is allowed to believe that finally, his ambition will be fulfilled and he will become King of France but Prokesch discovers Metternich’s plot – Franz’s world crumbles in around him.

And that is the worst tragedy of all isn’t it? To give someone hope and then, at the last moment, snatch it away from them…